There are several different types of yoga.  Most people just think of yoga as being one standard set of poses, but it’s not quite that simple.Western yoga is generally just defined as “yoga”.  There aren’t usually any types mentioned.  Western yoga often uses a mixture of different yoga types, and different instructors may even come up with their own poses or mix their own unique blends.There are in fact six types of yoga traditionally practiced, plus a new type, Bikram yoga, that has been rapidly gaining in popularity recently

The teachings of hatha yoga are the type most commonly practiced in the Western hemisphere.  The word hatha comes from the Sanskrit term ha (meaning sun).

There are two important principles that hatha yoga is based on:

Raja yoga is very similar to hatha yoga.  Raja is considered a bit more difficult than other forms of yoga, because it requires more discipline and control than other forms.Raja yoga focuses on concentration, meditation, and discipline of the mind and body.

There are eight limbs of raja yoga:

The word karma means “action”.  Karma is generally thought of as the unseen force in the world that causes good things to happen to good people and bad things to pay back those who have done wrong.Karma yoga means selfless action.  To perform karma yoga, you are supposed to surrender yourself completely to serve the greater good – the good of man and humanity.

The founder of karma yoga is Bhagavad Vita.  This version is heavily rooted in Hinduism.  Although you don’t have to practice Hinduism to practice karma yoga, you should potentially familiarize yourself with the teachings of Hinduism in order to fully understand and appreciate karma yoga.

Tantra yoga is perhaps the type of yoga people are most curious about.  It’s not about sex exclusively, but that is a part of it.  It is about reaching enlightenment and transcending the self through several rituals.Sex is indeed one of those rituals, but it is not the only one by any means.  Some tantric practitioners even recommend a life of celibacy.

Tantra means “expansion”.  The aim of tantra yoga is to expand your mind so that you can reach all levels of consciousness.  It uses rituals to bring out the male and female aspects of an individual in order to awake the true spirit within.

Bikram yoga is a relatively new form of yoga.  It is not included in the six traditional forms of yoga, but it is becoming so popular it deserves a very special mention.Bikram yoga was developed by Bikram Choudhury.  It takes place in a room that is at 105°F with a humidity of about 40%.  There are 26 postures and two types of breathing exercises.

Bikram yoga is more about detoxifying the body rather than reaching some sort of spiritual enlightenment.  By forcing the body to sweat profusely, toxins are eliminated through the skin.Additionally, the extra warmth makes the body more flexible, which helps prevent injury, relieves stress, and helps aid in deeper stretching. 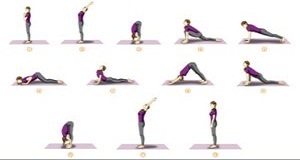 For you to enjoy every benefit of your commitment to practicing yoga, please note that consistency and regularity are keys. You can’t go into one session and skip three or four just because you’re sore, Read more…