Go One Rep Short Of Failure

The second bodybuilding tip to pay attention to is the rule on failure. Some people believe that lifting to failure each and every single set is the best way to build muscle. They think that in order to get a muscle to grow, you have to fully exhaust it.

After a few weeks of such a program, it’s highly likely that you’ll find the CNS is so exhausted that you can’t even lift the weight you used to for the required number of reps little own increase it upwards.The second problem with going to failure is that if you do this on the first exercise out in the workout, you’re not going to have much for a second, third, and fourth exercise after that.Since you should be doing at least a couple of different exercises in each workout you do, this becomes very difficult to accomplish.

Here’s a great bait-and-switch trick for the nervous system. Work up in weight as normal on a lift to warm up, but make your last warmup set a few pounds heavier than the load you plan to use for your first work set. Just make sure you perform fewer reps in the warmup set than in the work set. So, if you want to squat 315 for five, you might work up to 320 or 325 in your last warmup set for two reps—it shouldn’t be very difficult or tiring. Rest, then back off to 315 and go for five reps as planned. The set should feel easier than it would’ve otherwise, and you might try to go heavier next week.

USE HEAVYWEIGHTS FOR LOW REPS

For Arnold, choosing the right load was just as important as selecting the right exercise. After all, 8 reps of squats with 365 pounds taken to failure elicits a far better muscle-building stimulus than a set of 95 pounds for 40 reps.”Start with a few warm-ups [not taken to muscle failure] and pyramid the weight up from one set to the next, decreasing the reps and going to failure,” Arnold wrote. “Usually, I’ll have someone stand by to give me just a little bit of help past a sticking point or cheat the weight up just a little [once I’ve reached muscle failure].”

Arnold wasn’t just concerned with feeling the weight; he wanted to make sure the load induced muscle failure at a target range: “I make a point of never doing fewer than six repetitions per set with most movements,” he notes,” and nothing higher than 12. The rule applies to most body parts, including calves.” Make sure to choose the right weight to fail within that rep range.

If you’re really trying to build big arms or carve killer abs, train those muscle groups twice per week. For example, you might train biceps with back on Monday, triceps with chest on Tuesday, and then train both biceps and triceps together on Friday.

Fuel Your Body Right Before And After The Workout

The fourth tip to follow with your bodybuilding workout program is to make sure you’re fueling your body properly both before and after the workout.Failing to get in the amino acids your body will use to synthesize new muscle mass with or the carbohydrates that provide the energy to formulate the new muscle tissue is a critical error that will garner a lack of results.If there is one time you can’t be uncertain about your nutrition, it’s at these two points in the day.

Throughout the rest of the day you can be a bit more flexible in terms of meal times and composition provided you’re still meeting your calorie and macronutrient needs, but before and after the workout things need to be 100% ‘on’.

3 foods for nutrition sustains your body

Your body could be a fastidiously planned arrangement of cells, molecules, atoms, organs, bones, and tissues. And none of those each take a nap throughout your life even after you square measure asleep. All square Read more… 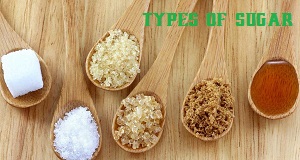 Types Of Sugar For Body Nutrition

White Sugar: There are many alternative varieties of refined sugar. a number of these are used solely by the food business and skilled bakers and don’t seem to be on the market within the food Read more… 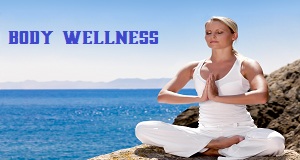 Sadness would not forever like treatment. And it is important to recollect that the pain muscle and the joy muscle square measure a similar. If you cannot feel one, you will not feel the opposite.That Read more…